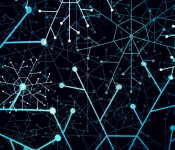 Do electronic medical records pose a threat, rather than a boon, to safety? The Medical Malpractice Blog hosted by Los Angeles law firm Rheuban & Gresen reports, “Experts Rethink Safety Risks of Electronic Medical Records.” The lawyers allege that claims of EMRs’ bolstering safety are exaggerated, and that because they are not foolproof, they “simply change the way medical errors are made.” Really, though, what system in this world, in any realm of life, can claim to be “foolproof”?

A recent study from the Robert Graham Center found that practices that employ EMRs are more likely (the post doesn’t say by how much) to fail to notify patients of abnormal test results. This is a concern, but to me only points to the need for a mechanism that would prompt workers to make that call. Easy enough for developers to fix.

“One doctor recently told U.S. News and Health that he accidentally prescribed the wrong prescription for a patient when he clicked on the wrong link within patient’s online file. Despite the positive rhetoric about electronic medical record systems, he claims, medical records are still vulnerable to incorrect entries, which can result in serious medical problems for patients.

“Luckily, the doctor caught the error before the patient left the office and was able to write a handwritten prescription instead.”

Yes, the doctor caught the error because he was being a vigilant human participant in the system. No one claims that EMRs remove the need for caution on the part of medical professionals.

Like the rest of life, EMR systems are not perfect, nor are the folks who use them. However, this technology has become firmly established, and a mass return to paper records is simply not going to happen. Rather than rail against EMRs, the answer is to improve them and to educate users. Practices can also take steps to minimize mistakes, like implementing a product like Access Integrity‘s ICD Tagger, which uses automated indexing technology to reduce errors.

Photo by http://en.wikipedia.org/wiki/File:Winn_Army_Community_Hospital_Pharmacy_Stays_Online_During_Power_Outage.jpg / CC BY 2.0